Mumsnet is one of the UK’s largest websites, with over 100 million pageviews and 11 million active users each month.

As community website, Mumsnet is reliant on its users to create and join the conversations that make the site so compelling. Although traffic had been rapidly increasing, the number of users creating an account each month had been declining since a peak in 2014.

My challenge was to turn this around, with the premise that more users equalled more conversations and therefore more reach and engagement.

After looking at the data, I developed three main areas of activity:

Encouraging unregistered users to sign up by demonstrating the value of membership.

I found that around 95% of 1.2 million monthly users browsing one particular forum topic weren’t logged in. Some of them may have accounts already, but it was likely the large majority weren’t members.

Encouraging even a small proportion of these users to join would have a big impact on our numbers. To do this, I improved the messaging we use, clearly articulating the benefits of being a member. I refreshed existing calls to action, and created new ones, including a new prominent banner under the header.

The data showed that a significant number of people dropped off between the first and second screen in the registration flow. Optimising the journey to ensure more people reached the end would again make a big difference.

I created a new, unified, registration flow combining both sign in and registration. A user just had to enter their email address and they would be taken down the right path depending on whether they already had an account. The rationale for this was that people are more likely to complete something they’ve already started. 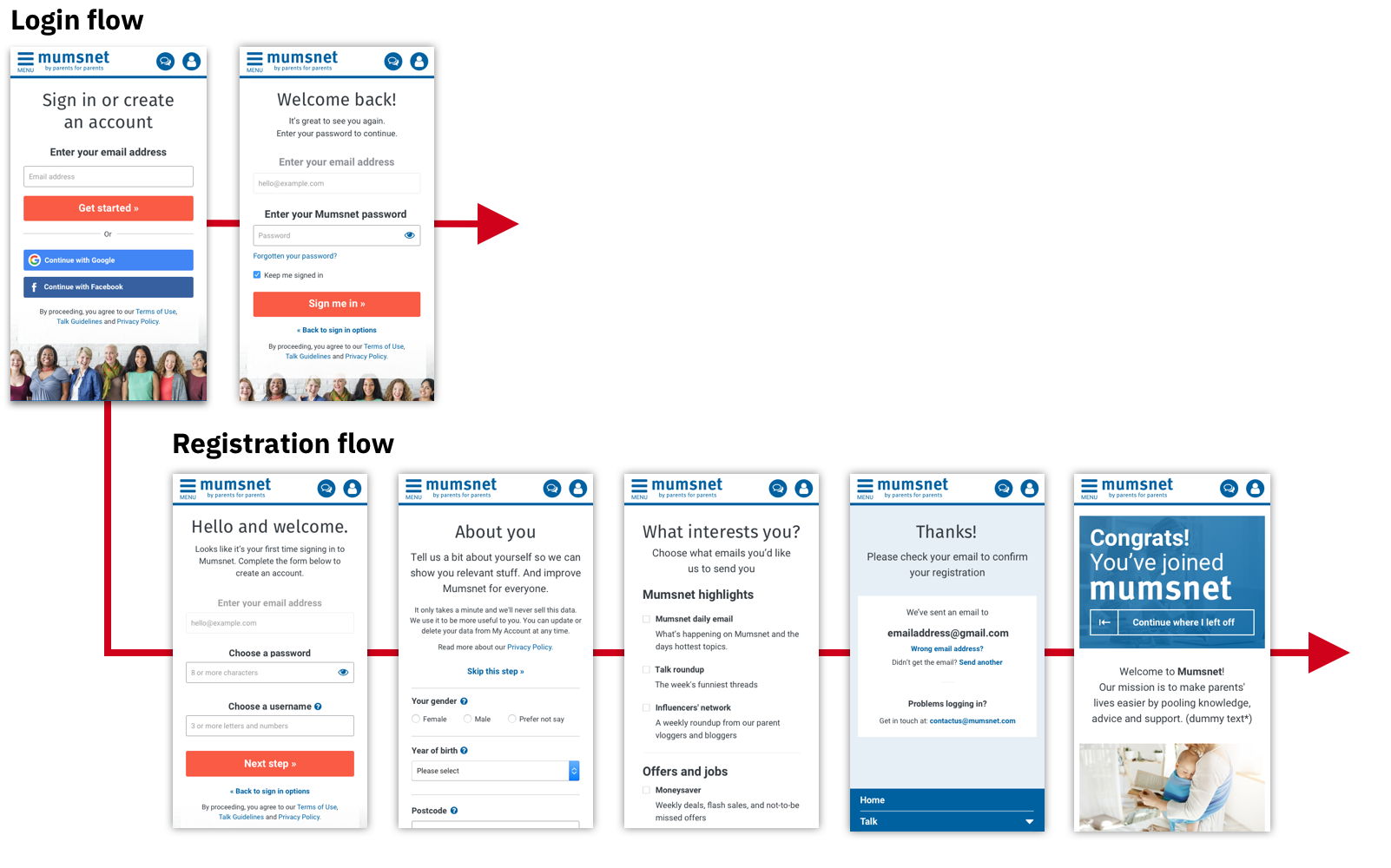 Of all the people who make it through to the end of the registration journey, around 35% never confirm their email address. This is a problem, as they’re not counted as a full member or allowed to post in the forum until they do.

Some of these registrations are spam, but the majority are legitimate users who forget, or don’t realise its importance. I created new site-wide messaging, reminding unconfirmed users to complete their registration.

These three activities had an immediate impact on the number of monthly user registrations. Since October 2018, when I started the project, monthly registrations have grown steadily, leading to a 107% year-on-year increase in February 2019 – and the best month for registrations in Mumsnet’s entire 20 year history.